Walk Back In Time – centuries of winning awards

In 1685 Simon van der Stel, the Governor of the Cape Colony, was granted property which he named “Constantia”. And so the oldest wine-producing farm in South Africa was born, and became the origin of the South African wine industry.

The world was introduced to the Groot Constantia wines when the estate began to exhibit at the International Exhibitions which took place towards the end of the 19th century. The man responsible for Groot Constantia’s presence, and success, at these exhibitions was JP Cloete.

The man behind the brand

Jacob Pieter Cloete was born in 1794 and was the son of Hendrik Cloete Junior and Anna Catharina Scheller. In 1815 he married Catharina Cornelia van Reenen, daughter of Jacob van Reenen and together they had 11 children. In 1818, following the death of his father, Cloete took over the management and supervision of farming operations on Groot Constantia. In 1824 he purchased the farm from his mother and ran it very successfully until 1872 when, due to serious economic downturn in the Cape and problems with powdery mildew, Cloete was declared insolvent. He passed away in 1875 at the age of 81.

In 1855 the Groot Constantia Pontac wines – part of a collection showcasing “the best produce and goods from the Cape” – received acclaim at the second International Exhibition in Paris, which took place on the newly completed Champs–Élysées boulevard. 53 nations and 22 colonies took part in this exhibition, opened by Napoleon III, which attracted 5,162,330 attendees and visitors such as Queen Victoria. Notable exhibits from this year included Adolph Sax’s saxophone, the first Singer sewing machine and Mr Colt’s six-shooter revolver. 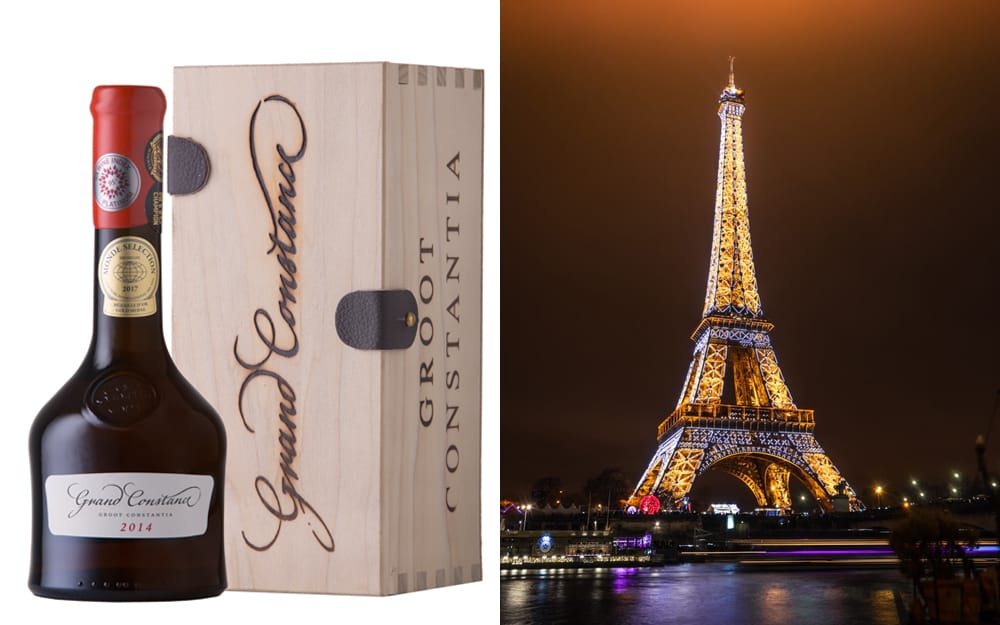 The Groot Constantia Pontac wines were again exhibited in Paris in 1867 as part of the “Exposition Universelle” which saw 8,706,037 visitors browsing over 50 000 exhibits. Groot Constantia’s wines were alongside exhibitors such as Louis Vuitton luggage; a prototype of Alexander Graham Bells telephone; Thomas Edison’s megaphone and phonogram; Samuel Morse’s telegraph machine; a working model of the Suez Maritime Canal; a gigantic model of an aquarium that inspired Jules Verne’s Twenty Thousand Leagues Under the Sea; a reconstruction of an Egyptian temple; a motor and dynamo developed by the Siemens Brothers; grand pianos from Steinway & Sons  – to name only a few.

During the event the public were allowed to ascend the head of the yet unfinished Statue of Liberty and Paris launched their street lights – giving birth to the cities new name:  “City of Lights”.

The catalogue for the event shows that JP Cloete provided samples of the sweet wine from Groot Constantia for tasting and the Pontac wine again received a silver medal. 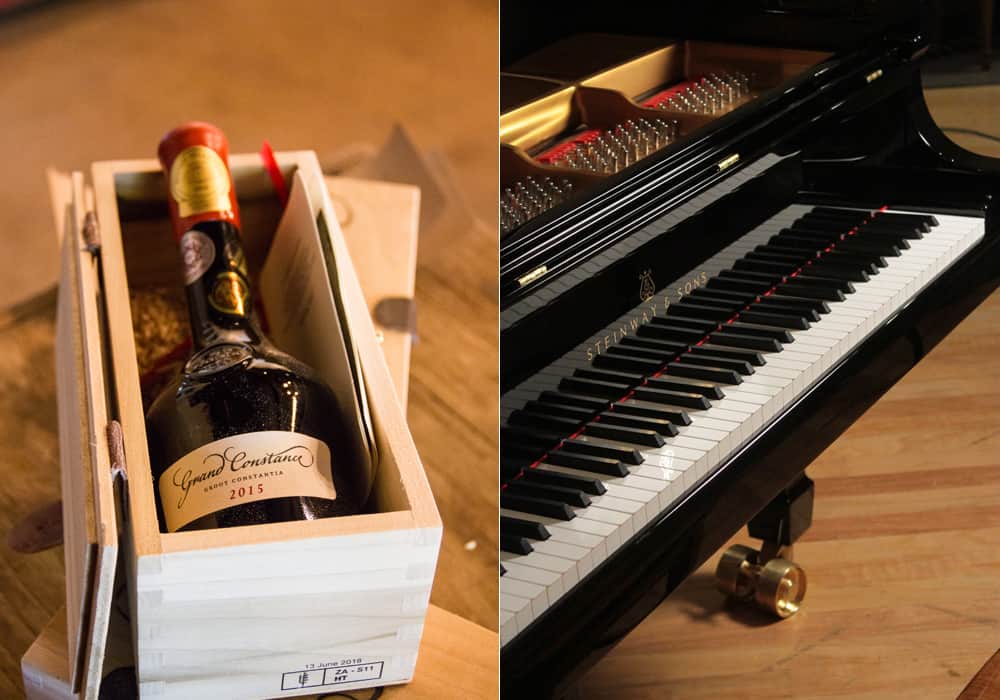 In 1873 Groot Constantia’s wine was once again exhibited as part of the International Exhibitions – this time in Vienna, which saw 7,255,000 attendees from 35 nations and kingdoms browsing 26 000 exhibits. A Silver Medal was awarded to Groot Constantia, disregarding JP Cloete’s recent declaration of insolvency.

Then in 1876, despite the fact that JP Cloete had passed away the year before, Groot Constantia exhibited, and won awards for, their red and white wines at the International Exhibition in Philadelphia, Pennsylvania. JP Cloete’s son and grandson had honoured his legacy and continued to produce wine on Groot Constantia. Not only this, but they continued his passion for showcasing the estates exceptional wines to the world. 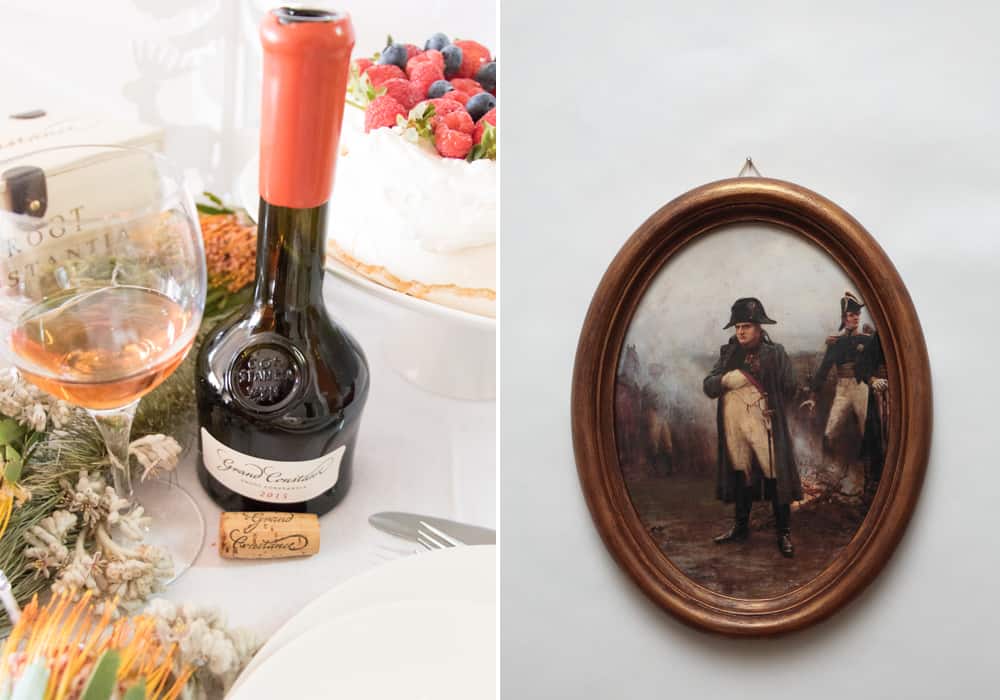 This years event, which was opened by the US President Ulysses Grant and which commemorated the centenary of the signing of the Declaration of Independence, had the biggest number of visitors to date with 10,164,489 attendees.

Other interesting exhibits included the arm and torch of the Statue of Liberty; the Corliss steam engine; Heinz ketchup; and a slice of the cable to be used for the new Brooklyn Bridge in New York. The Cape of Good Hope also exhibited minerals, metallurgical products, traditional dress, weapons and artefacts of the indigenous people, models of the new Cape Town harbour, stuffed penguins, ostrich feathers and wine from High Constantia and Bellevue.

1880 saw the last International Exhibition taking place – this time in Melbourne Australia, marking the first time that the event had been hosted in the Southern Hemisphere. Groot Constantia, which was purchased by the Cape Government in October 1880, exhibited alongside 26 000 others and, true to form, once again won awards for both their red and white wines.

It didn’t end there

The custom of Groot Constantia’s wines winning awards has endured and the estate continues to rake in the accolades, having collectively won well over 100 gold awards from wine competitions held around the world in the past few years alone

The Estate’s most iconic wine – a premium sweet wine called Grand Constance – which was born in Groot Constantia’s Cloete Cellar, and which has a history that dates back to the Napoleonic era, also endures and continues to demand respect on the global stage. Before his death in 1821, Napoleon drank ‘Grand Constance’ while in exile. It is recorded that Louis Philippe (King of the French) was a regular client. The British Royal family, as well as Frederic the Great of Prussia, have also all appreciated the famous sweet wine of Constantia.

Groot Constantia is now a Provincial Heritage Site and a living museum with the task of preserving the history and cultural legacy of the South African wine industry for the people of South Africa. The current owners of the Estate, the Groot Constantia Trust, a non-profit company, has ensured that Groot Constantia is beautifully maintained and operated to the highest standards – delivering award winning wine and a top-quality experience to visitors.

The famed Cloete Cellar, which was the original wine production cellar from 1791, is now a wine museum and tasting room. Here visitors can see one of the original bottles of Pontac wine that was exhibited in Paris in 1855 – with the label proudly proclaiming the accolade achieved. Other relics on display include an extremely rare 195 year old Grand Constance bottle which was produced in 1821 – both bottles returned to their birth place and displayed within the very walls that they were produced centuries ago.

In these photos one can catch a sneak peak of one of these ancient bottles, seen here with Dr Ernest Messina, Chairman of Groot Constantia Trust. 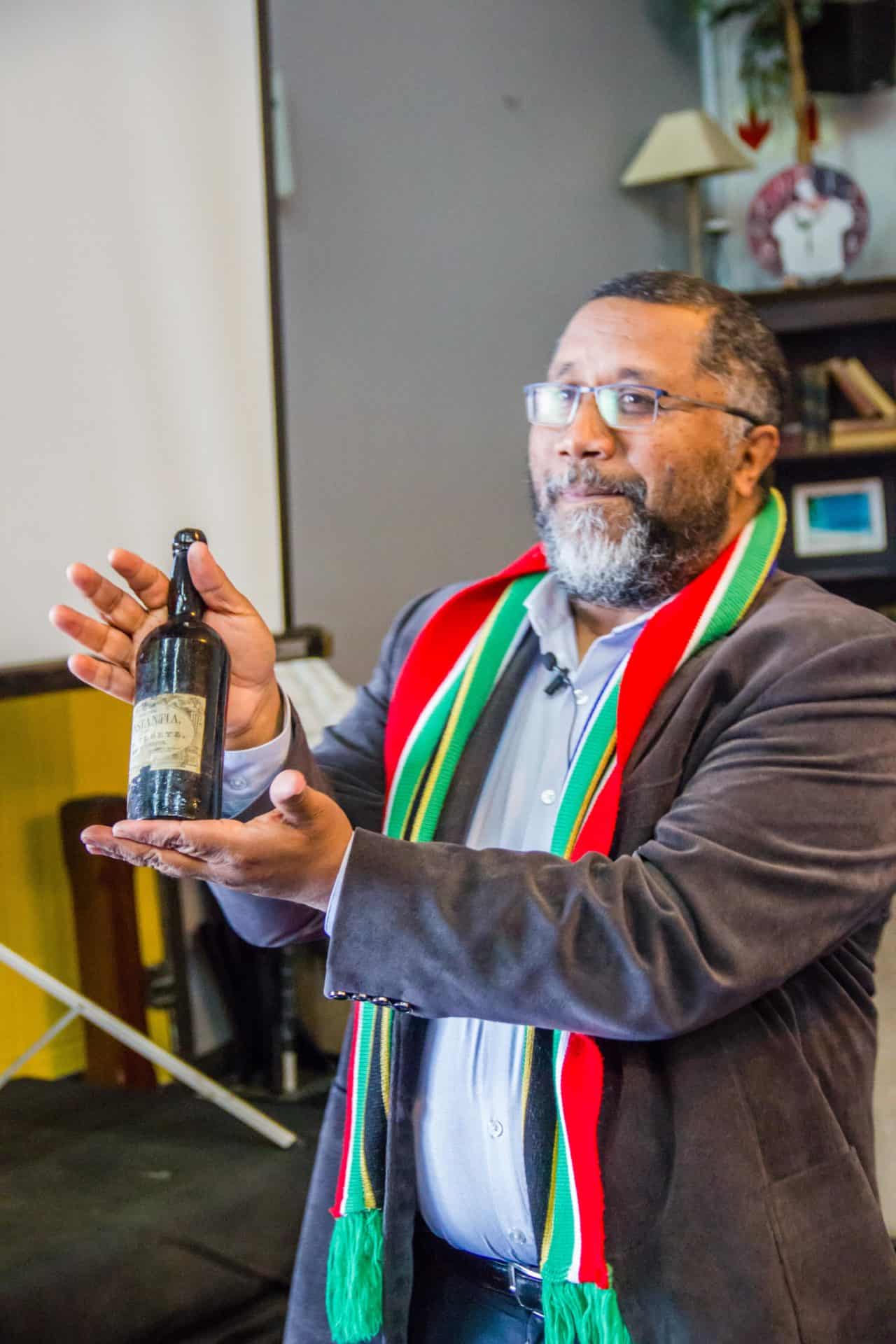 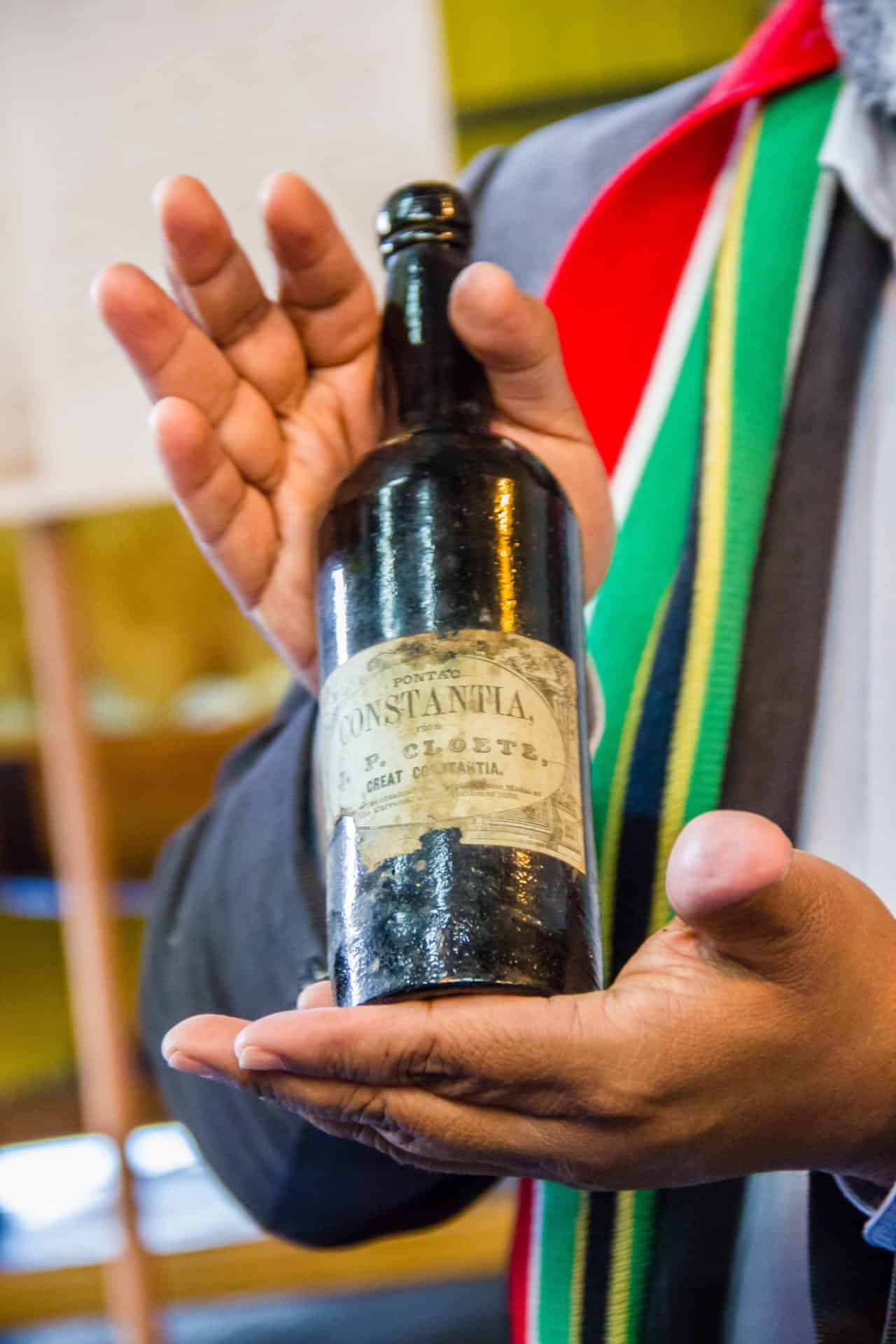 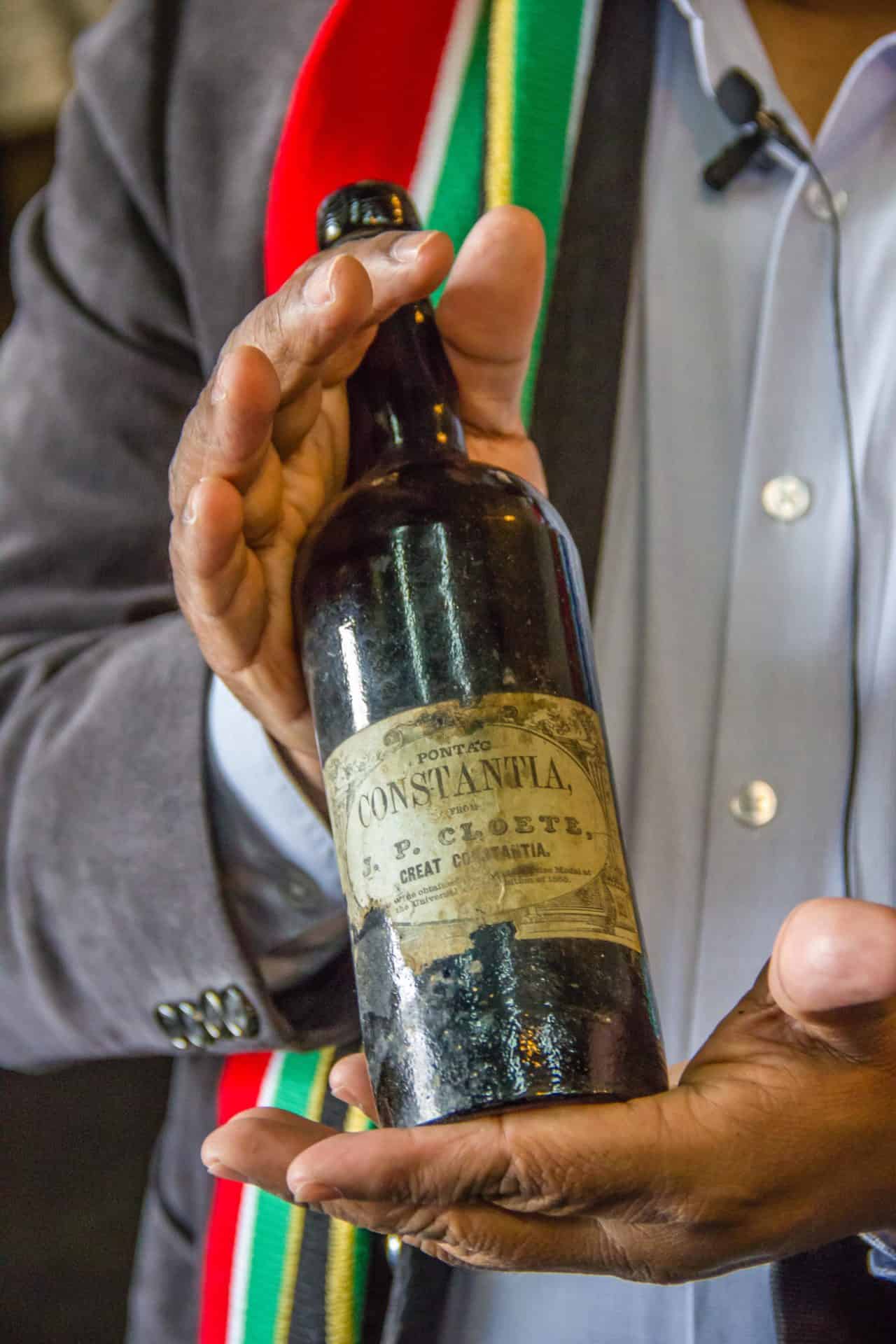 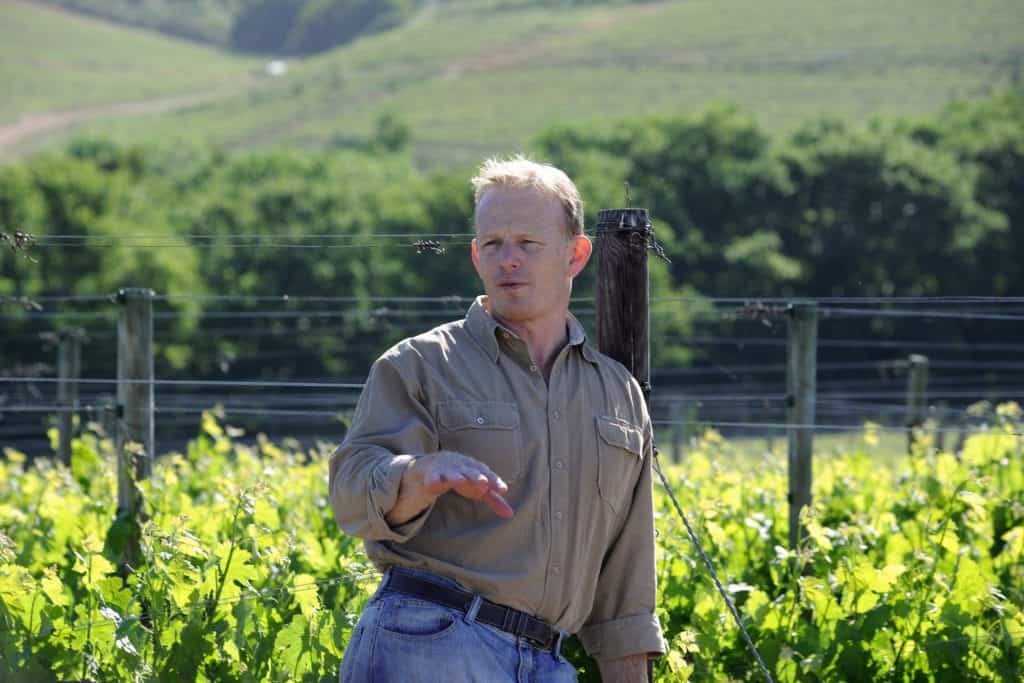 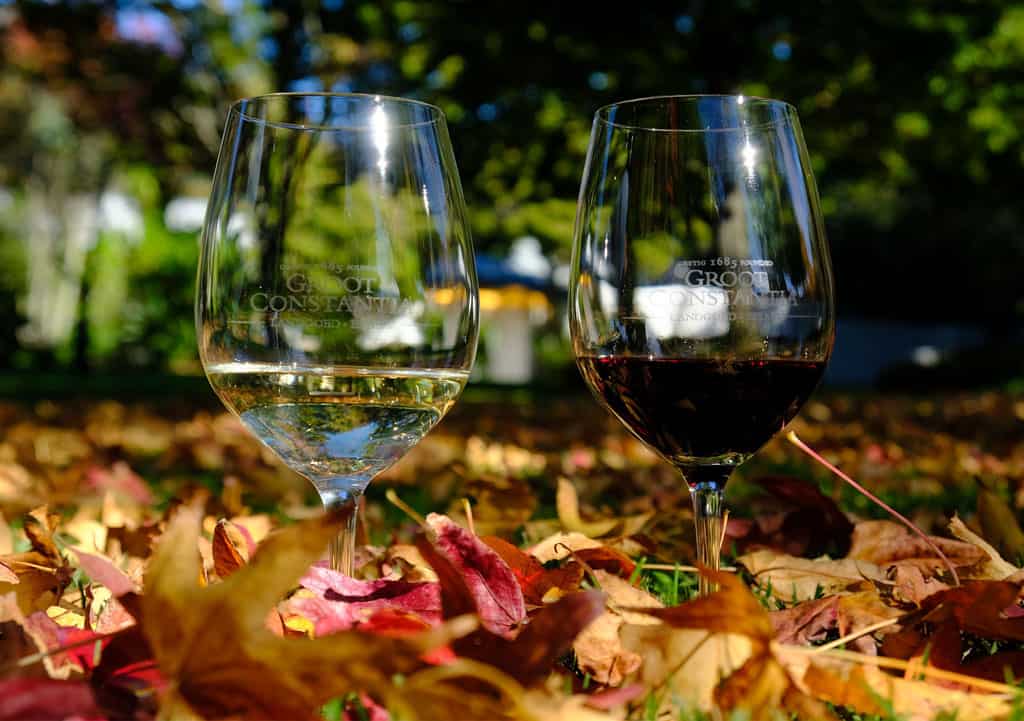 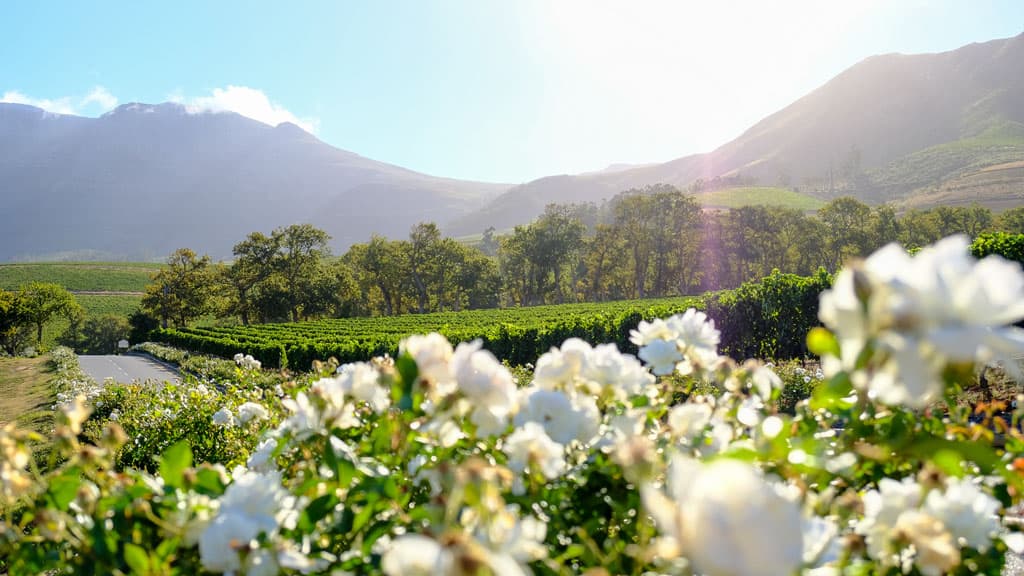 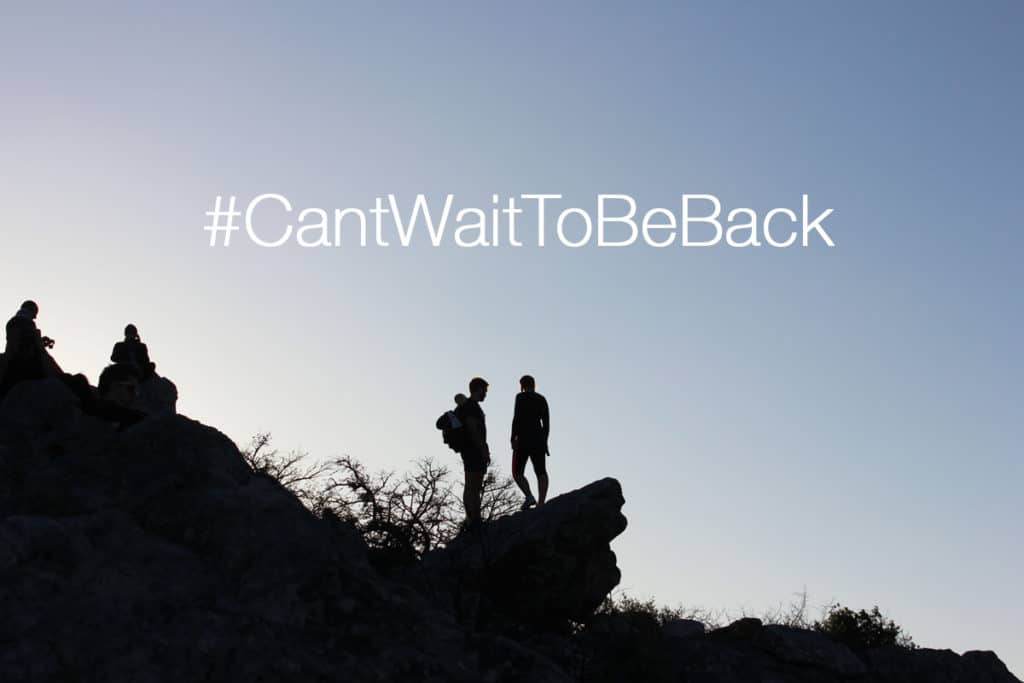